Alaska Marine Response owners Andy Craig and Seawan Gelbach have lived and worked in Prince William Sound for over 20 years. Andy arrived in Cordova in 1990, and Seawan in 1993. Both were Fisheries Biologists for Alaska Department of Fish & Game. Andy began commercial fishing in the Area E Drift Gillnet fishery in 2009. Before entering the marine response industry, they also operated a small outfitting company for kayakers, hunters, and eco-tourists. These experiences have given them a deep and intimate knowledge of the land and waters in Prince WIlliam Sound and the Gulf of Alaska.

During the summer fishing season, the fully-staged S/T Oswell Foss remains on standby in Prince William Sound. A complete salvage response platform is rigged and ready to go in case of a marine emergency, including trash pumps, lift bags, dive gear, oil spill boom, and other critical equipment. Expert crew are on standby as well.

AMR is a US Coast Guard pre-approved vendor. We maintain a current Basic Ordering Agreement (BOA) with the Coast Guard at all times. AMR is experienced in dealing with governmental agencies and insurance companies, and regularly navigates the required paperwork processes involved in salvage, pollution control, and response.

In September, 2015, AMR received a Letter of Appreciation from the US Coast Guard for responding to five stricken vessels in five weeks. 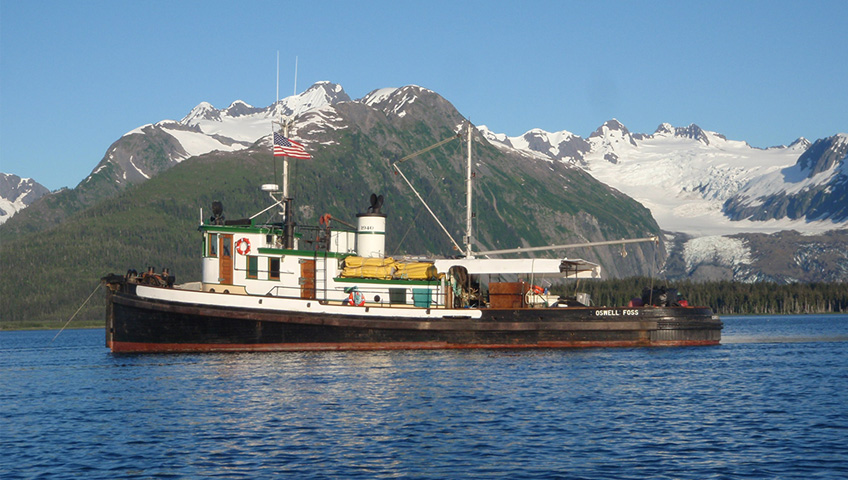 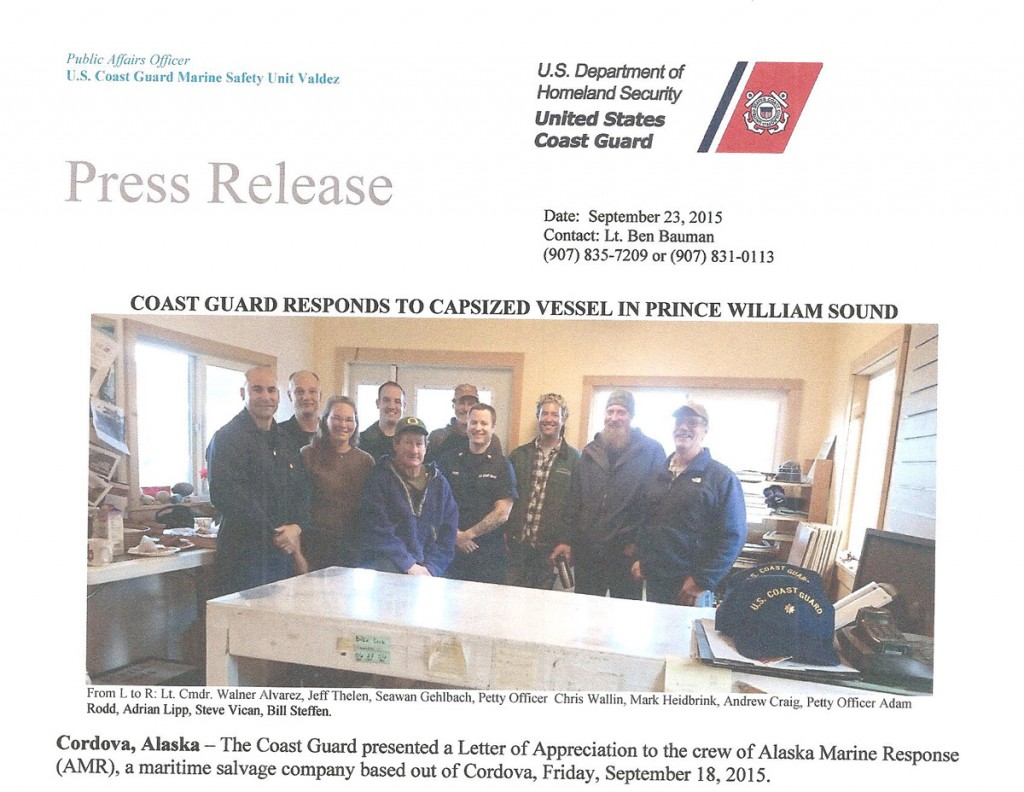